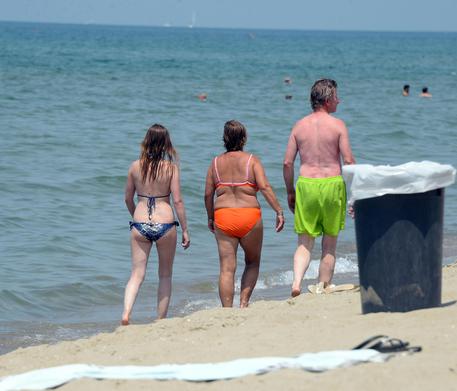 (ANSA) - Rome, August 28 - Thirty million Italians went on holiday in the summer of 2015, half of which during the month of August, said the Federation of Italian Farmers (Coldiretti) on Friday, according to which the data points to an 8% increase with respect to the previous year.
Eighty-two per cent of holiday-makers chose to remain in Italy shying away from destinations affected by international crises and terrorism.
The average holiday budget per person was around 504 euros per person and according to the report compiled by Coldiretti and Ixé pollsters, 59% spent less than 500 euros per head, 33% between 500 and one thousand euros, 3%between one and two thousand, with just 1% admitting to spending over 2 thousand euros.
Food shopping was the item that weighed most heavily on the budget of holiday-makers, surpassing funds allocated to accomodation. Less than one Italian out of three chose to stay in a hotel or a pension, with 36% of Italians opting for their own properties or the homes of relatives or friends.