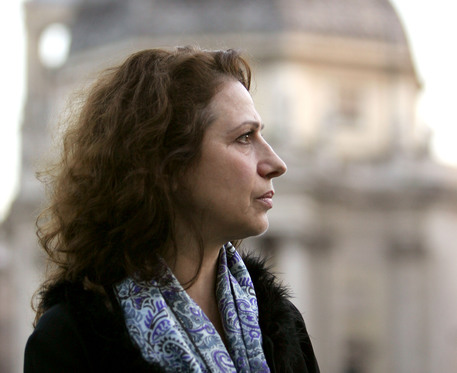 (ANSA) - Strasbourg, August 27 - The European Court of Human Rights (ECtHR) on Thursday turned down an appeal by Adelina Parrillo, an Italian woman who wants to donate her frozen embryos to science, ruling that Italy's 2004 law banning the destruction of human embryos does not violate her right to privacy or property. In 2002, Parrillo and late life partner Stefano Rolla created five embryos and had them frozen for future implantation.
Rolla, a film director, died the following year at the age of 66 in a suicide bombing attack on Italian military police headquarters in Nasiriyah, Iraq, that took the lives of 19 Carabinieri policemen, four Army soldiers and two civilians.
In her appeal filed on July 26, 2011, Parrillo argued that Italy's restrictive law on assisted reproduction - which banned most assisted fertility techniques including the use of anonymous donor gametes and the freezing of embryos for future use - violated her rights to privacy and to private property because the embryos were generated before the law went into effect.
This was the only reason she and her deceased partner had been able to freeze them instead of having them implanted immediately, she argued.
"Human embryos can't be reduced to a piece of property, as defined in...the European Convention on Human Rights," the court wrote.
The judges also found there was no evidence to support Parrillo's claim that her late partner had wanted the couple's embryos donated to science. Italy's controversial 2004 law on assisted reproduction was effectively struck down last June when the supreme Court of Cassation lifted a ban on the use of extramarital gametes for assisted fertilization.
In April the Constitutional Court had ruled that a couple's right to have a child was inviolable even in the case of sterility, overruling a 2004 ban on donor sperm and eggs that did not come from a spouse.
The hot-button case of assisted fertility had pitted Catholics against members of the scientific community who had called for a wider review of the law, which among other measures banned the screening of embryos for abnormalities or genetic disorders - even for couples with a family history of genetic disease.
The ECtHR in 2012 had already rejected most of the law, saying it went against several provisions in its convention for the protection of human rights.
Under the law - which was originally passed by a cross-party alliance of Catholics - single parents, same-sex couples and women beyond child-bearing age were essentially banned from using assisted-fertility techniques that were available to married heterosexual couples.