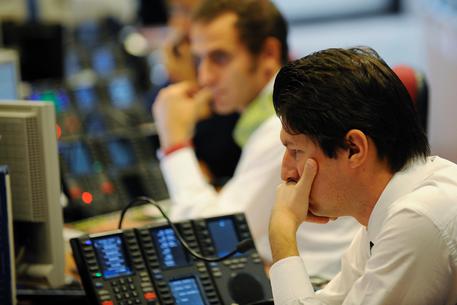 (ANSA) - Rome, August 25 - The Milan bourse rallied 5.86% Tuesday, leading Europe's main markets, after the People's Bank of China made its biggest intervention since January 2014, pumping 150 billion yuan ($23.4 million) into the market to try to staunch the biggest financial blood-letting since 2008.
The PBOC's move, however, didn't halt another dramatic day in Shanghai which closed 7.6% down.
But Europe recovered after losing 411 billion euros in stock value Monday with London following Milan's lead and posting a 3.09% gain, Frankfurt 4.97% up, Paris up 4.14% and Athens 9.3%.
Stocks were also on the upswing on Wall Street, with the Dow Jones up 2.15% and the Nasdaq up 3.5%.
Analysts said Thursday's meeting of the European Central Bank will look at renewed deflation risks from the 'China Syndrome' while Italy's growth prospects could be hurt, lowering its potential for using the flexibility allowed inside single-currency parameters.