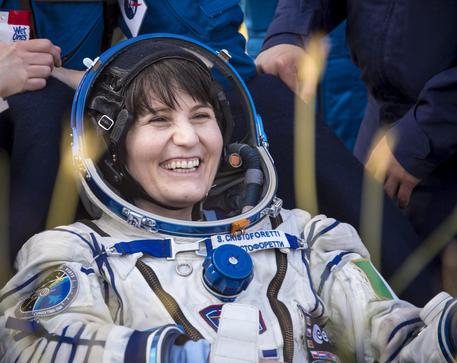 (ANSA) - Rome, August 21 - Persistent speculation on the web claims that record-breaking Italian astronaut Samantha Cristoforetti may act in the next Star Trek film though the European Space Agency has neither denied nor confirmed a forthcoming screen debut.
The reports also have surfaced on the official blog of the film Axanar.
'AstroSam,' as she is nicknamed, has always been a declared fan of Star Trek, sending a special "volcanic" salute to bid farewell to Leonard Nimoy, the actor who played Spock.
"I called Samantha and we chatted about an appearance by her," said Alec Powers on the Axanar blog.
"If possible with her commitments (given that she will be going back and forth to Europe) it would be beautiful if she could have a role in Axanar".
Filming of Axanar is due to start in 2016 though a 20 minute fan movie trailer already is on the web.
The film has raised dlrs 1 million through crowdfunding so far.