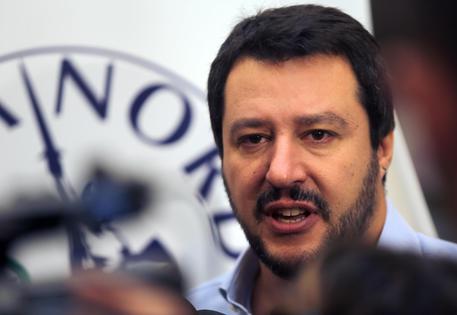 (ANSA) - Rome, August 18 - Anti-immigrant Northern League leader Matteo Salvini defended his foul-mouthed outbursts against the Church Tuesday, claiming he is only angry with "two or three bishops who ought to go around with the red flag".
"Luckily they are only a few," the rightwing populist leader told Affaritaliani.it, "and luckily the Church does so many positive things - oratories, missions, parishes".
"I haven't got it in for the Church, I have it in for two or three bishops who ought to go around with the red flag instead of wearing cassocks".
"Two or three bishops aren't enough to ruin 2,000 years of commitment".
Nevertheless Salvini lashed out at Italian Bishops Conference (CEI) Secretary-General Monsignor Nunzio Galantino, saying "he could have thought of it before," in a sneer at the prelate's decision not to take part in a conference on Christian Democrat statesman Alcide De Gaspari being organised Tuesday in the northern city of Trento.
Salvini began his tirade against the Church after the CEI chided the government for not doing more for migrants and Galantino lambasted the Northern League for its allegedly racist stances. Salvini said certain bishops were a "pain in the neck".