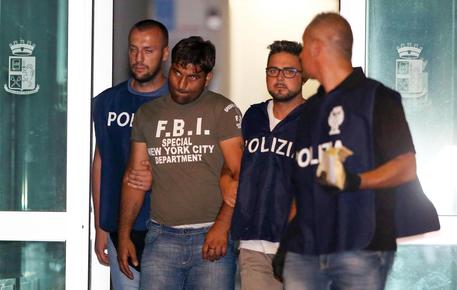 (ANSA) - Brescia, August 17 - Two suspects arrested Sunday in connection with a double homicide in the northern city of Brescia have confessed to their crime, city prosecutors said Monday.
Investigators said the motive was business rivalry.
Giovanna Ferrari, 63, died on the scene last Tuesday and husband Francesco Serramondi, 65, was hospitalized but did not survive his injuries after two gunmen fired at them with a sawed-off shotgun - which was later recovered by police - at their popular take-away pizza and pastry shop called Da Frank (At Frank's).
The pair fled on a scooter, but were identified by security cameras. The confessed killers are two men, one Indian and one Pakistani, who had bought a pizza and pastry shop from Serramondi called Dolce e Salato (Sweet and Salty). The killers' shop went out of business while they still owed money to Serramondi, whose place flourished because it had a permit to stay open late while theirs didn't.
The two also confessed to the non-fatal shooting last month of a 43-year-old Albanian employee of Da Frank's.