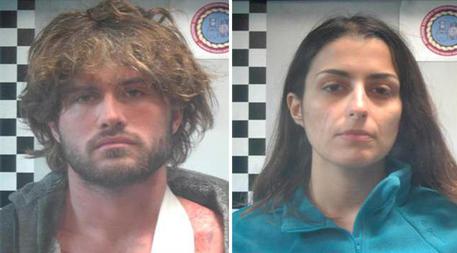 (ANSA) - Rome, August 17 - A woman sentenced to 14 years in prison after being found guilty of throwing acid on her ex-boyfriend said Monday she was "desperate" after her newborn child was taken away from her immediately after birth at the weekend. "They have destroyed me," said Martina Levato, 22. Milan prosecutors had ordered the newborn to be taken away from its mother, and have begun proceedings to put it up for adoption. Levato, formerly a student at Milan's private Bocconi University, was convicted in June along with co-defendant Alexander Boettcher, a 30-year-old real-estate broker, of throwing acid at Pietro Barbini, 22, last December 28.
Prosecutors had requested 15 years citing aggravating circumstances including premeditation and cruelty.
The couple were also sentenced to pay Barbini one million euros in damages.
The victim suffered third-degree burns to his face and body and may lose an eye.
During trial prosecutors said they believe Levato intended last year to castrate another Bocconi student after a relationship between them ended.
Levato arranged to meet him in her car, then allegedly insisted they move into the back seat for sex, telling him to close his eyes because she had a surprise for him.
She then allegedly pulled a knife and stabbed at his crotch.
A juvenile court may decide as early as tomorrow where her child will be placed.