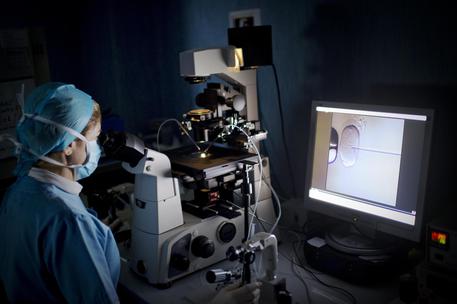 (ANSA) - Bologna, August 13 - Officials at San'Orsola Hospital in Bologna on Thursday said they recorded their first successful pregnancy using artificial insemination of sperm from an unpaid donor made at the hospital.
The pregnancy is in its sixth week, they added.
Two men and several women have donated to the hospital for use in assisted reproduction, said officials, adding they plan to begin a major public campaign next month to raise awareness of the importance of donations. In general, gametes used in artificial insemination are often paid from and come from abroad, officials said.
Some 171 couples are on a waiting list and 10 treatments have been carried out, they added.
The issues surrounding reproductive rights and laws is a hot political potato in overwhelmingly Catholic Italy.
Last month, new guidelines on assisted fertility were approved bringing Italy more into line with other advanced countries.
The norms introduce sperm and egg donorship, but selection of physical characteristics has been ruled out.
The guidelines effectively supersede an assisted-fertility law that was among the most restrictive in Europe and whose constitutionality has been repeatedly challenged in the courts.
In the most recent challenge in March, a court sent the law to the Constitutional Court for a ruling in a case involving a couple concerned about the likelihood of transmitting a serious genetic disease to any offspring.
For that reason, the couple - which is fertile - wanted to have access to forms of genetic screening despite Law 40's restrictions.
Other courts have previously sent the law's measures on genetic screening to the Constitutional Court for review.