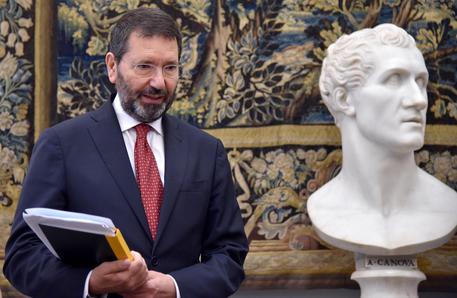 (ANSA) - Rome, August 12 - Rome Mayor Ignazio Marino said Wednesday the nation's capital will undergo an "urban facelift" ahead of the upcoming Jubilee year.
Pope Francis declared an extraordinary Holy Year, or Jubilee, on the theme of divine mercy to begin on December 8 and continue until November 20, 2016. Millions of pilgrims are expected in Rome, and city hall has launched a packet of measures to fill potholes, refurbish parks, and carry out other much-needed repairs.
Slated for the first round of interventions is Via IV Novembre off Piazza Navona, where cobblestones will be removed for road resurfacing.
Piazza Repubblica will retain its cobblestones, but will be restored.
Outside the historic centre, the areas around the train stations of San Pietro, Piramide and EUR Fermi are also slated for a revamp. The Lungotevere flanking both sides of the city's Tiber River and all the bridges connecting the two sides of the city are also slated for extraordinary maintenance work, while a new tram line will connect the Ostiense and Trastevere neighborhoods.
"I have always said clearly that I want to use the Jubilee to mend the city back up," Marino said.
"Not big construction but measures for roads, decorum, transportation and parks that can change the quality of life of Romans - financed by their taxes".
Deputy Mayor Marco Causi said the government has released 50 million euros from Stability Pact funding that will allow the city to activate a 50-million-euro loan to finance the first phase of urban renovations for the Jubilee.