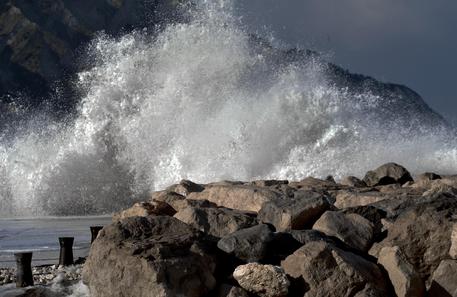 (ANSA) - Rome, August 11 - Violent storms, flash floods and severe weather battered Italy on Tuesday, killing at least two people and injuring others, uprooting trees, delaying trains and causing damage across the country.
The stormy weather follows an extreme heat wave that lasted for weeks and sent temperatures soaring close to 40 degrees Celsius.
A 27-year-old man in Cilento in the Salerno province of southern Italy was killed when a fragment of rock that had been shaken loose by storms struck his head while he was in an outdoor disco.
The rock fell from a height of more than 60 metres and killed Crescenzo Della Ragione instantly, police said.
Separately, a 29-year-old man was swept away and killed in floods that hit the campsite where he was staying in the northern Piedmont region.
Derik De Sannio disappeared in the flooding of the Cervo river Sunday night. His body was discovered Tuesday by mountain rescue workers, a few kilometers downstream of Quittengo, where he had camped on Sunday.
After storms in the northern and central regions of Italy on Monday, the bad weather hit southern regions on Tuesday as well.
Italy's coast guard rescued six people on a rubber dinghy off the coast of Vieste in Puglia who were facing difficulties due to stormy weather.
Elsewhere in Puglia, trains were delayed after a tree fell on electricity supply lines and stormy weather affected the rail system.
In Sicily, a man was injured when an uprooted tree hit his scooter in Palermo, according to local media and weather websites who also published a video of a tornado-like formation in the Strait of Messina and photos of flooding in Cefalù, east of Palermo.
Even Siena's famous Palio race was affected, with officials cancelling morning trial runs on Tuesday due to heavy downpours.
Weather forecasters expect sunny weather from Wednesday but heavy storms are likely to return after August 15.