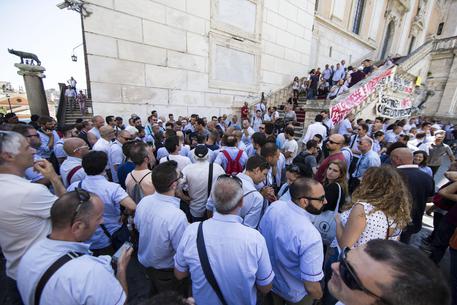 (ANSA) - Rome, July 29 - Rome city hall is ultimately responsible for closing the balance sheet of the city's public transport company ATAC because it is the sole stakeholder, its general manager said Wednesday.
Francesco Micheli spoke after meeting Rome Mayor Ignazio Marino and transport councillor Stefano Esposito.
"From an industrial standpoint, the company is doing what it was supposed to do and I assure you that ATAC's situation is less run-down than what is generally thought as we are basically going to achieve a balanced budget next year," Micheli said.
Last week, Marino announced that he had decided with Lazio Governor Nicola Zingaretti to look for an outside investor in ATAC while keeping a majority stake.
The alternative, the mayor warned, was shutting down ATAC and taking its books to court.
Micheli said ATAC instead expects "a recapitalization" which he said was an "ordinary phenomenon". He added that the company had no intention of revising its industrial plan launched last year.
The Rome mayor said he has given ATAC a mandate to write up a new industrial plan to attract investors and bring about "the end of in-house management beginning in 2019".