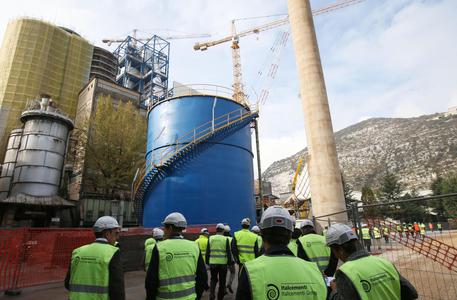 (ANSA) - Milan, July 29 - The value of shares in Italian cement maker Italcementi SpA jumped by close to 50% in early trading on Wednesday amid news of a 3.7-billion-euro takeover by German rivals Heidelberg.
Italian unions expressed fears of job losses in the workforce of 3,000 following the takeover by the world's second-biggest cement producer, which said it intends to begin by taking a controlling stake of 45%.
HeidelbergCement said it intends to purchase the stake from Bergamo-based Italcementi's current top shareholder, Italmobiliare, at a price of 10.60 euros.
It said that it will later make an offer to purchase remaining shares in Italcementi, which was trading at 9.88 euros by midday Wednesday on the Milan stock exchange.
In contrast, HeidelbergCement shares dropped by 5.5% in Frankfurt, Bloomberg News reported.
It added that the deal will allow HeidelbergCement to expand operations in Mediterranean, including Egypt, as well as in France and Belgium, which combined comprised Italcementi's biggest market.