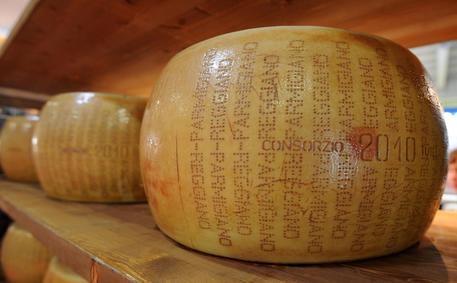 (ANSA) - Rome, July 29 - Exports of Italy's Grana Padano cheese rose 10% in the first four months of 2015, according to data released on Wednesday by the Consortium for the Protection of Grana Padano.
A total of 660,000 wheels of the protected designation of origin (PDP) semi-fat hard cheese - one of Italy's most popular - were sold abroad, the consortium said.
Sales to the United States rose a whopping 60%. European Union markets also performed well, in particular Germany and Spain where exports increased by 9%.
Sales to Russia, on the contrary, plunged 80% - equal to a loss of 3.8 million euros - due to an embargo on EU food imports in response to Western sanctions imposed on Moscow after it annexed Ukraine's Crimea peninsula.