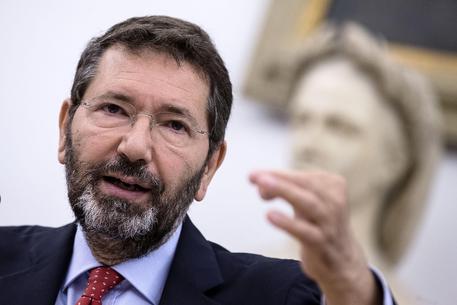 (ANSA) - Rome, July 27 - Beleaguered Rome Mayor Ignazio Marino was expected to shuffle his council executive on Tuesday amid intense pressure coming not only from city residents but from across Italy and even internationally.
Even as Marino announced plans on Friday to fix Rome's chronically dysfunctional public transport system, including firing managers, Italian newspapers were filled with headlines of the capital city's decline coming from such publications as The New York Times. Valeria Fedeli, Senate deputy speaker, said the clock is ticking for Marino to take serious measures to clean up Rome.
"It is unclear" why the Italian capital "cannot be as clean as other European capitals," Fedeli, a member of Marino's centre-left Democratic Party (PD), told the RAI 3 program Agora Estate on Monday.
"Marino has 24 hours to present a team and decide the program quickly to solve Rome's problems". Marino has also been hit with the fall-out from a major investigation that uncovered mafia infiltration of Rome city agencies, including lucrative housing and support services for migrants.
Marino has not been named in that investigation but his predecessor, Gianni Alemanno has been included in the probe. As he prepared to shuffle Rome's council, Marino was consulting with Matteo Orfini, chairman of the PD which is led by Premier Matteo Renzi.
Orfini was named commissioner for the PD's Rome branch earlier this year amid the Mafia Capitale scandal.
On Friday, Marino announced he would replace the board of directors at the publicly held ATAC transportation company, and would fire managers under whose watch the city's transport system has degenerated into chaos.
"I have decided to...change the ATAC board and remove all managers responsible for the inefficiencies," Marino said, amid numerous strikes, accidents, and other problems in the transportation system.
His next move was to ask transportation city council member Guido Improta to step down.
"An immediate change of direction is needed," the mayor said.
The shortlist of eligible candidates for the post of new councillor for transportation reportedly includes women such as Anna Donati, former councillor for transportation in Bologna and in Naples, sources said.