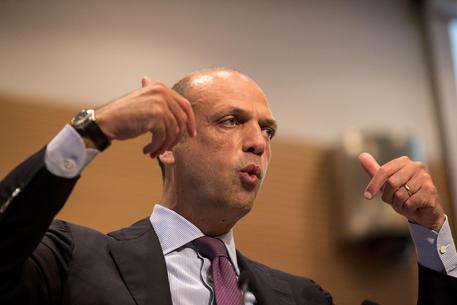 (ANSA) - Rome, July 22 - The association of Italian prefects said Wednesday that none of them were shirking responsibilities to cope with migrant reception. "Over the last few months none of us pulled back despite the difficulties," said Sinpref chair Claudio Palomba, responding to Interior Minister Angelino Alfano who said prefects who weren't up to the task should quit. "I don't agree with what the minister said," Palomba told ANSA. "It's the government that should realise that there are defective areas, and none of us is shirking".
Alfano said earlier that prefects who can't cope with the migrant-reception emergency can leave their posts. "We have confidence in the prefects" to deal with migrants "but if there are those who get scared, can't stand the impact and can't cope, let them take a step back and we'll replace them," he said. Alfano was responding to a Sinpref statement saying the officials were becoming "scapegoats" for an alleged failure to manage migrant reception, which has seen several local citizens' protests.