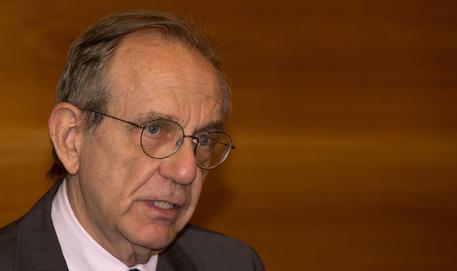 (ANSA) - Rome, July 22 - Economy Minister Pier Carlo Padoan said Wednesday that the government's plan to cut 50 billion euros in taxes is part of a "radical process of modernization of the country (that) must create wealth and jobs after years of crisis".
However, the plan will be effective only if its permanence is "credible and believable" as well as sustainable, he said.
Consumers and businesses must have confidence in the government's strategy if they are to act on it, he said.
Premier Matteo Renzi's tax-cut plan is "another step in a strategy" and not ad hoc measures, said Padoan.
And the measures must work together with plans to reduce spending as well as plans to "step up" the fight against tax evasion if they are to be effective, said Padoan.
He spoke after business group Confcommercio said that almost 23 billion euros in "wasteful" spending could be cut from local government budgets and redeployed for more essential services.
In a new study that used the northern Lombardy region as a "virtuous" base for comparison, it suggested other regions are wasting resources.