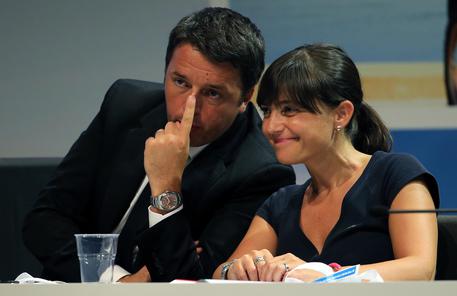 (ANSA) - Rome, July 20 - Debora Serracchiani, deputy secretary of the Democratic Party (PD), said Monday that the situation in Sicily involving regional Governor Rosario Crocetta is "untenable".
She spoke one day after Crocetta insisted he would not resign over a case involving a reported wiretap that he was has been created by his enemies, including the Mafia.
"I will not resign, I am a fighter," said Crocetta.
The situation involves an alleged wiretap where Crocetta was told by his doctor that Lucia Borsellino - daughter of slain anti-Mafia prosecutor Paolo Borsellino - should meet the same fate as her father.
However, Friday prosecutors in Palermo said they had no record of such a wiretap.
Still, Crocetta initially suspended himself from office over the affair. Serracchiani, in an interview with newspaper La Repubblica, said that despite concerns of a potential election defeat for the PD should Crocetta resign, it would be preferable to "political agony" caused by inaction.
"This would be a political agony the Democratic Party cannot afford," she said.
Weekly magazine L'Espresso last week reported that, in the wiretap, Crocetta stayed silent after his doctor, Matteo Tutino, made his comments about Lucia Borsellino.
Lucia Borsellino, who father was killed by the Mafia in 1992 soon after his colleague Giovanni Falcone, recently quit as Sicilian executive health councillor.
Crocetta said he has no recollection of hearing Tutino say anything of the sort and argues he is the victim of a smear campaign.