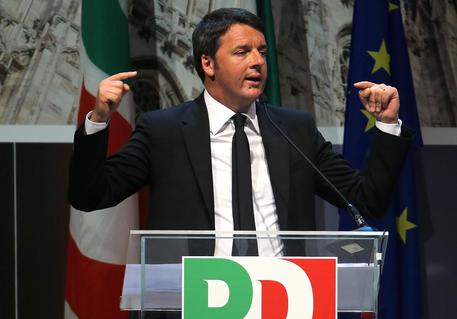 (ANSA) - Rome, July 20 - Italian stocks rallied Monday morning as investors absorbed announcements of a major tax cutting program by Premier Matteo Renzi, including what he called the end of a hated tax on homes.
Huge cuts of as much as 50 billion euros over five years were in the works, Renzi said in several weekend statements, starting with an announcement on Saturday to members of his Democratic Party (PD).
He followed that Sunday with a statement on his Facebook page and an interview with RAI televisions Tg2 news.
Milan's FTSE Mib gained almost 1.2% in early trading Monday on the news.
Renzi, who has been pushing through a series of reforms including changes to the Italian Constitution to reduce the powers of the Senate, linked the tax cuts to his reforms.
He added that the cuts have already begun.
"I propose a pact to Italians," said Renzi.
"If the reforms go forward we will be able to lower taxes by 50 billion euros over five years," Renzi said. That includes cuts that he said began last year, including an 80 euro monthly tax bonus for low-income earners and a reduction in the IRAP regional business tax.