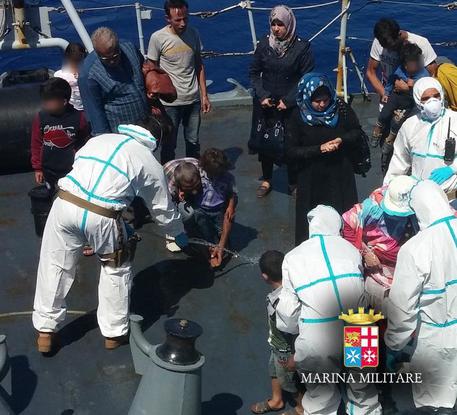 (ANSA) - Cagliari, July 17 - A ship carrying more than 400 refugees was expected to dock in Cagliari after they were rescued in the Strait of Sicily, authorities said Friday.
The ship, the Siem Pilot, was forecast to arrive by late Friday or early Saturday.
Meanwhile the Argos, a ship managed by charity Doctors Without Borders (MSF) and carrying about 550 migrants, was expected to dock in Reggio Calabria, authorities said Friday.
Those were among some 2,700 migrants rescued off the Libyan coast since Wednesday. The Argos initially docked at the port of Trapani, where about 150 refugees disembarked, before the ship was sent on with the remainder.
Meanwhile, new data from Italy's interior ministry said that almost 82,500 migrants have been housed in arrival centres to date, 9% more than during the same time last year.
It added that a record 170,000 migrants have arrived in Italy so far this year with the majority in Sicily, about 18%.
The ministry said that Lombardy was second, receiving about 11% of newcomers, Lazio with 10%, Campania and Puglia at 7%, and Veneto and Tuscany with 6%.