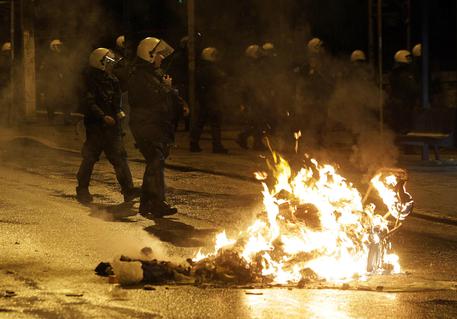 (ANSA) - Athens, July 17 - An Italian national was among the people arrested in Athens late on Wednesday in violent protests as the Greek parliament was approving a package of reforms that were the initial requirement to win a new bailout.
Paolo Teobaldelli was found to be in possession of "objects functional to carrying out acts of violence", ANSA sources said.
He remains in prison, they said. He is a native of the central Italian city of Macerata but lives in Athens and, according to the sources, he well known to the Greek police for his links to anarchist groups there.