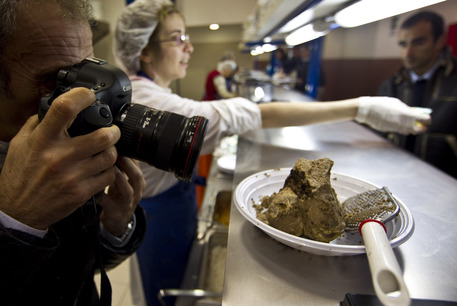 (ANSA) - Rome, July 15 - Almost half of those who turned to Catholic relief agency Caritas last year were Italians, and almost 63% of the poor were unemployed, it said in a report Wednesday.
Caritas made the comments on the same day that national statistics agency Istat released new data on poverty showing that in 2014, the number of poor was stable after two years of increases.
However, more than 4.1 million people were living in absolute poverty last year, Istat added.
According to Caritas about 46.5% of those defined as poor were Italians, with remainder immigrants to the country.
Having a job was also a key factor, as 62.7% of the poor had no work, said Caritas.
The agency said that in the first half of last year, some 46,000 people turned to its centres for help including food and clothing. Subsidies to pay utility bills and health-care expenses were also given out by Caritas.
According to the Istat report, last year 5.7% of the population was living in absolute poverty and 10.3% in relative poverty.
It defined the relative poverty threshold, for a two-member household, as the equivalent to 1,041.91 euros - about 10 euros less compared with 2013 threshold.