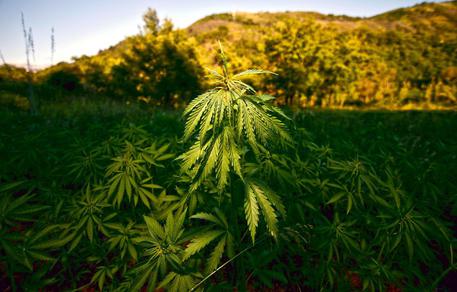 (ANSA) - Rome, July 15 - A parliamentary intergroup for the legalisation of marijuana presented a bill on Wednesday that would allow legal possession of a modest quantity of marijuana for recreational use as well as home cultivation of up to 5 plants.
The proposal has the support of 218 MPs and was presented in a press conference by intergroup leader Benedetto Della Vedova. The law, if passed, would also permit "Cannabis Social Clubs" - a sort of non-profit growers' collective - as well as simplify delivery, prescription and dispensation of cannabis-based pharmaceuticals.
Matteo Salvini, leader of Italy's anti-immigrant Northern League party, spoke out against the proposal.
"I'm personally in favor of legalizing prostitution, because until proved otherwise, sex isn't bad for you, but cannabis is," Salvini said.
Adriana Galgano of the Civic Choice (SC) party said the law would reduce crime.
"With eight million consumers, the legalization is already in the facts. From this situation criminals gain and taxpayers lose, given that 60% of trials and incarcerations are due to small-time drug deals. It's time to take this traffic away from criminals and use the profits from taxes for prevention and rehabilitation of people with drug addiction problems and support for their families," Galgano said.
The 5-Star Movement (M5S) party made a similar argument in favor of the proposed law.
"Nowadays in the world we see multiple virtuous examples of reasonable and controlled legalisation, so we can't do less than follow these examples, which take an advantageous market out of the hands of the mafia," said Vittorio Ferrarese, M5S leader in the Justice Committee of the Lower House.