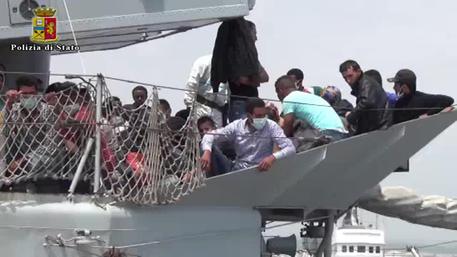 (ANSA) - Ragusa, July 14 - Police arrested 12 immigrant asylum seekers on Tuesday after they allegedly staged a revolt at the refugee center where they were living.
The immigrants are accused of kidnapping and attempted robbery.
Police said the refugees claimed they hadn't been paid their daily pocket money since the beginning of July, when they had technically been transferred to another center but didn't want to move from the center where they were already living.
On Tuesday the men allegedly entered the directors office and demanded their pocket money, which the director refused to give them. Police said the men then locked him and a co-worker in his office, taking his cell phone and keys, including the key to the safe.
The director called police who freed him and his colleague and placed the 12 immigrants on house arrest.