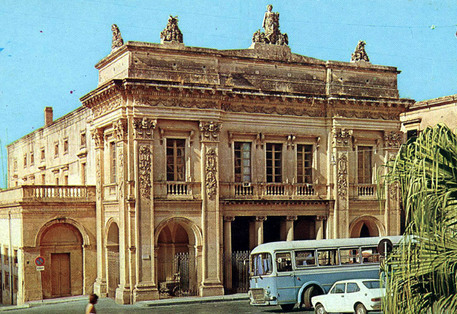 (ANSA) - Palermo, July 6 - Integration and art are at the center of the Bridge Art project presented at the Bio Mediterranean Cluster at Milan Expo 2015.
The project La Favola-Bridge was first conceived in 2013 by Valeria Valenza, a Germanist and novelist specialized in the didactic of civilizations and is developed between the farm La Favola di Noto, in Val di Noto in south-east Sicily, and the United States. Conceived in New York by Valenza, with the help of Cristina Bertarelli, an economist and coach specialized in supporting expats, the project focuses on cultural diversity to replace a void in relationships as well as social, affective and identity eradication that can be found in individuals approaching diverse cultures.
The plan also supports peaceful cohabitation and integration by working on identity and nature.
The contacts with the US held by Valenza, who directs the project, were also aimed at making Sicily more international as the region has always been a crossroads connecting east and west, north and south.
Another objective is educating youth to change and the project has already been presented to the United Nations International School (UNIS.
A joint program has also been developed, based on strategies of grounding for Italian-language expats as well as for other nationalities.
The project Bridge Art was also created as part of Favola-Bridge to focus on contemporary art, under the artistic direction of Lori Adragna.