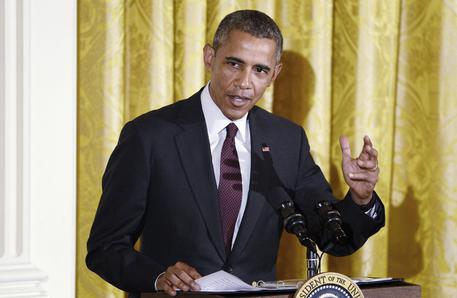 (ANSA) - Rome, June 23 - US President Barack Obama is set to announce a big change in policy regarding hostage taking by extremist groups, saying that families who try to ransom loved ones will no longer be prosecuted, the New York Times said Tuesday.
The NYT said Obama on Wednesday will announce that the government will no longer threaten criminal prosecution of the families of American hostages who are held abroad by groups like the Islamic State if they attempt to pay ransom for the release of their loved ones. The change is one of many that are intended to fix what the administration has acknowledged is "a broken policy on United States captives", a senior administration official was quoted as saying.