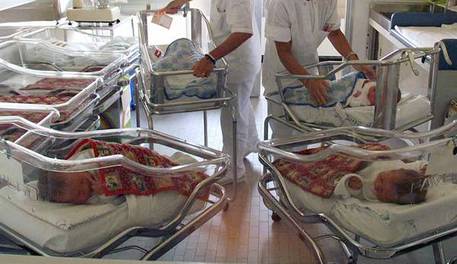 (ANSA) - Rome, June 22 - Italy has reached a record low birth rate and not enough children are being born to ensure generational renewal, the national guarantor for childhood and adolescence told parliament on Monday.
A total of 509,000 babies were born in 2014, the lowest number since the Unity of Italy in 1861, according to the guarantor's annual report compiled in close cooperation with Istat national statistics agency.
Women in Italy last year had an average of 1.4 children, unchanged since 2013 and under the EU 2012 average of 1.5 children.
As of January 1, 2014, residents under 18 totaled just over 10 million, with 154 retirees to every 100 youngsters, according to the report.
The economic crisis has weighed negatively on couples' decisions to start a family, with the birth rate plummeting as unemployment jumped to 13.2% last year, according to the report.
The foreign-born population makes up 8.1% of the total, of which just over 22% - or 4.9 million - is underage, making up 11% of all minors living in Italy. Non-EU minors totaled 23.9% last year, against 24.1% in 2013, the report said.
Of the Italian regions, northwestern Liguria has the least minors at 13.9% of the resident population while at the opposite end of the spectrum, southern Campania placed well above the national average of 16.7%, with 19.2% of its inhabitants underage.