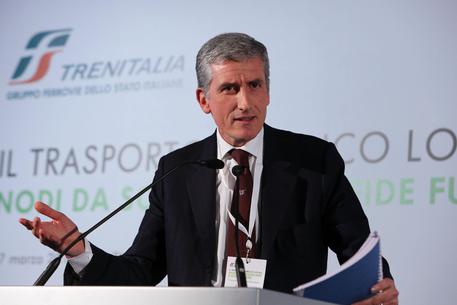 (ANSA) - Rome, June 22 - Rome transportation city council member Guido Improta said Monday his decision to resign has nothing to do with his close relationship with Premier Matteo Renzi.
"There was no call from Renzi" urging him to step down, Improta said.
"Out of loyalty towards (Rome Mayor Ignazio) Marino and respect towards the premier...I wish to clarify that there is no cause-effect nexus" between the resignation and his relationship with the premier, Improta said.
This was a personal not a political decision, he added.
"I know I am leaving fewer problems behind than those I found," said Improta, who took office two years ago along with the Democratic Party (PD) mayor.
"The timing and the manner (of the resignation) will be decided by...the mayor and the PD and I will abide by (their) decisions," he said. Improta's move is seen as another sign of impending doom for beleaguered Marino, whose council has lost several members in a sweeping corruption probe into a Rome-based mafia made up of politicians, businessmen and gangsters. Marino has said repeatedly he intends to stay in office until the end of his mandate in 2018 and beyond, but Renzi last week said the mayor should stay on "only if he shows he can govern" a complex city like Rome.