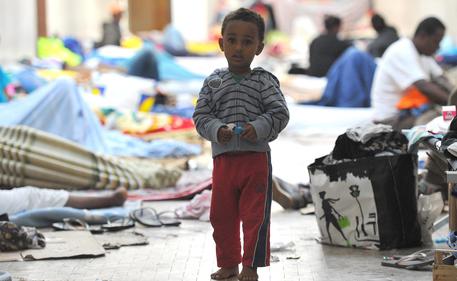 (ANSA) - Rome, June 19 - Senior French officials said Friday that "our line has not changed" on "irregular migrants" and these would continue to be returned to Italy at border crossings.
A senior official in the prefecture of the Alpes-Maritimes told ANSA that rumours that French authorities were softening their approach were not true.
Numerous migrants attempting to cross from Italy into France at Ventimiglia have been rejected and this will continue "in the normal way" the official said.
On Monday, French Interior Minister Bernard Cazeneuve said that France will not allow asylum seekers to cross its border with Italy, arguing it was up to Rome to process their requests.
He said Italy must "agree to set up centres" to distinguish legitimate refugees from economic migrants.
The European Commission has proposed relocating 40,000 asylum seekers already in Italy and Greece to other parts of the Union, following a mandatory quota system.
That plan has divided the EU, with many States, including France and Germany, coming out against the obligation to receive the asylum seekers.
Italy's Premier Matte Renzi, on the other hand, says the proposal does not go far enough.