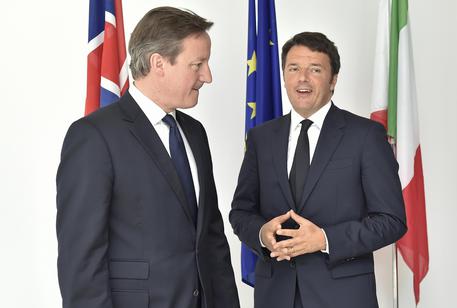 (ANSA) - Milan, June 17 - Premier Matteo Renzi said Wednesday that "we do not think there is a future for Europe without the United Kingdom as a key partner".
He spoke after meeting British Prime Minister David Cameron, who was in Milan to visit British sites at Milan Expo 2015. Britain says it will hold a referendum on its membership in the European Union. "There are many points of collaboration with the United Kingdom and with the leadership of David Cameron," said Renzi.
"We discussed the outlook for Europe in the coming months," Renzi added.
"It will be a very intense period, and the discussion of the referendum in the UK is also very important for us," he added.