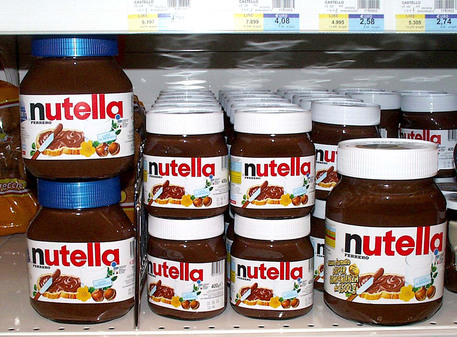 (ANSA) - Paris, June 16 - The maker of Nutella on Tuesday denied its chocolate-hazelnut spread is made by harming tropical forests, after French Environment Minister Ségolène Royal  urged consumers to stop eating Nutella "to save the planet". One of the ingredients of the Italian hazelnut chocolate spread is palm oil, whose cultivation in Indonesia and Malaysia has caused extensive tropical forest deforestation. "Massive deforestation also contributes to global warming," Royal told Canal+ TV in an interview. "Stop eating Nutella, save the planet," she said. Oil palm plantations have become one of the fastest-growing single crop plantations in the tropics of Africa, as well as in the Asia-Pacific region, Latin America and the Caribbean. Vast tracts of tropical forest - which is home to forest-dwelling peoples as well as many endangered species - have been cleared to make room for the plantations, causing soil erosion, pollution, and massive loss of habitat, according to the World Wildlife Fund (WWF). Palm oil is the main ingredient in margarine, ice cream, most liquid detergents, soaps, shampoos, lipsticks, waxes and polishes.
The French division of Nutella maker Ferrero replied to the minister that it only uses "100% certified sustainable palm oil for its products manufactured at Villers-Ecalles".
Oil palm cultivation "can go hand in hand with respect for the environment and populations...no forests or other valued conservancy spaces have been sacrificed" to make Nutella, the company said.