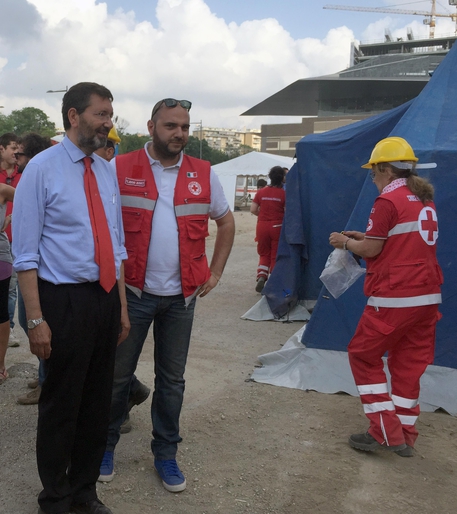 (ANSA) - Rome, June 16 - Premier Matteo Renzi has said Rome Mayor Ignazio Marino, a member of his centre-left Democratic Party (PD), should not be "relaxed" about his position. Marino has so far resisted calls to quit after the council was hit by a probe into alleged attempts by a mafia organisation to muscle in on city contracts. Marino is not personally implicated in the probe. "If I were Marino, I wouldn't be relaxed," Renzi told La Stampa. Marino refused to comment when asked about what Renzi had said. "Today we are dealing with culture, about the Rome Opera house, and in the afternoon we'll make an announcement," Marino said. When asked to comment on Renzi saying early local elections were a possibility for Rome next year, he replied: "Good morning and have a good day at work".