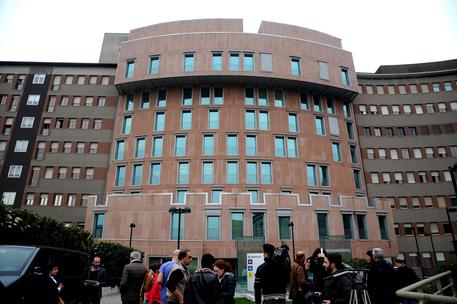 (ANSA) - Milan, June 16 - Nine people including ex-premier Silvio Berlusconi's personal doctor were placed under investigation Tuesday in a probe into a suspected 28-million-euro fraud at Milan's upscale San Raffaele Hospital.
It was the latest in a string of scandals to hit the private university hospital, one of the most prestigious operating and training facilities in the Lombard capital.
The San Raffaele administration said that, in this case, it "radically contested" prosecutors' charges while doctors said in a statement they were "indignant" at what they called "invented" findings. Police said that, as well as getting trainees to perform critical procedures, several San Raffaele doctors filed pay sheets claiming to be in more than one operating room at the same time.
Prosecutors in Milan said they had completed a probe into allegations that doctors and administrators defrauded the national health service via fake expenditure claims on some 4,000 surgeries. The probe uncovered alleged wrongdoing committed by six chief surgeons and three hospital officials in 2011-2013, when investigators say the hospital carried out surgeries without adequate staff in the operating room.
The suspects are chief heart surgeon Ottavio Alfieri, chief vascular surgeon Roberto Chiesa, past and current chief urologists Patrizio Rigatti and Francesco Montorsi, chief thoracic surgeon Piero Zannini, and chief of anesthesia and reanimation Alberto Zangrillo, who is also ex-premier Berlusconi's primary care physician. Also under the investigative spotlight are past and current hospital administrators Mario Valsecchi and Nicola Bedin and health director Roberts Mazzuconi.
The hospital itself and the Monte Tabor Foundation were also named as being accountable.
Prosecutors said some doctors showed up in hospital records as being in surgery in more than one operating room at the same time.
As well, medical residents allegedly substituted for an anesthesiologist or professional surgeon in approximately two thousand operations.
According to documents summarizing the investigation, the surgeon in charge was missing in 989 of the above-mentioned operations.
Along with Milan investigators, prosecutors from the Rome-based Audit Court said that they, too, would be looking into the case.
The San Raffaele hospital has been involved in a string of corruption scandals, mostly implicating private healthcare providers to the Lombardy health system.
In the most prominent, which touched but did not implicate former governor Roberto Formigoni, his businessman friend Pierangelo Dacco' was sentenced to nine years in prison in 2013 for embezzling money through the San Raffaele.
According to the court, Dacco' helped create the so-called "San Raffaele system", whereby entrepreneurs who worked under contract for the hospital would intentionally overbill clients and give the difference to Dacco' who used the money for slush funds.
Formigoni denied receiving any illegal funding from Dacco', describing a series of donations and holidays as unsolicited gifts, which he then reimbursed.
Formigoni and the whole Lombardy government and parliament resigned at the end of 2012 after a wave of scandals.
San Raffaele is a major research and training hospital with a total of 1350 beds and a staff of 3400.
After becoming embroiled in scandal that exposed the hospital's rickety finances, San Raffaele was bought by the San Donato hospital group in January 2012 for 405 million euros.