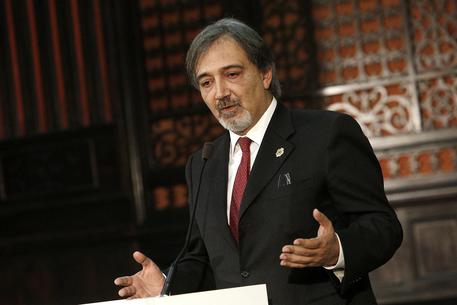 (ANSA) - Catania, June 16 - Italian Red Cross President Francesco Rocca on Tuesday called France's position on immigration "unreasonable and excessively rigid" after that nation blocked entry this week for a large group of African immigrants at the France-Italy border at Ventimiglia.
The situation at Ventimiglia, where on Tuesday Italian police forcibly removed immigrants camping out at the border, has caused tension between Italy and France, with Italian Premier Matteo Renzi complaining about Paris's "muscular" approach.
This tension comes amidst the fraught backdrop of a European Commission proposal for distributing immigrant asylum seekers who arrived after April in Italy and Greece to other EU nations, including France.
Rocca said France's action at Ventimiglia is "a response born from the politics of the times, looking only at consensus and not at the dignity of the human being".
"Italy shouldn't have to do everything by itself. It's obvious that we're starting to think that unfortunately that's how it's going to be. In theory there should be European solidarity, but the signs coming from the EU aren't encouraging at all," Rocca said.