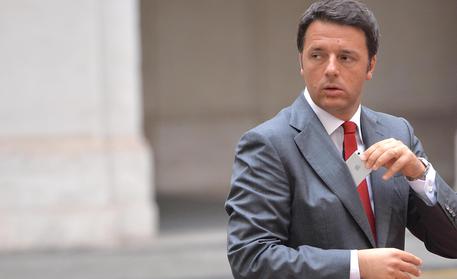 (ANSA) - Rome, June 15 - Premier Matteo Renzi's Democratic Party (PD) was licking its wounds Monday after losing Venice to the centre right for the first time in more than 20 years.
The defeat, coupled with a string of others across Italy, forced Renzi onto the back foot against the rising force on the right, the anti-immigrant and anti-euro Northern League of firebrand Matteo Salvini, as well as the anti-establishment 5-Star Movement (M5S) of ex-comic Beppe Grillo, which got all its five mayoral candidates elected.
Although Renzi had already played down the impact of the local vote - which by contrast saw the PD win five of seven regions two weeks ago - he was again obliged to say that it would have "no effect" on his government's reformist agenda.
Analysts said it was undeniable that low turnout reflected voter disenchantment which appeared to have hit the PD more than other parties.
In the regional elections, it was calculated that the ruling party lost around two million voters compared to last time out - and a sharp fall compared to last year's other local elections where nationwide it scored over 40%. Silvio Berlusconi's Forza Italia (FI) party, on the other hand, despite being recently overtaken by the League as top dog on the right, called the vote "a clear blow" to the PD and a sign that its own efforts to heal internal rifts might be rewarded by a "resurgence" in support.
The League, with Salvini cock-a-hoop, went even further, saying "Renzi we are coming for you" while the M5S said its various wins - including its first in Piedmont, at Venaria - showed that it naturally prospers under a two-round voting system such as that used for local votes.
The local vote, therefore, could be a harbinger of greater things on the national stage under a new election law, envisaging run-offs if no party gets 40% of the vote, that should be in place for the next scheduled general election in 2018.
Several M5S MPs said "we are the natural victors with the Italicum," as the law has been dubbed.
Analysts said Renzi would have to address fears in the party that the Italicum, far from favouring the PD as has hitherto been widely forecast, might end up penalising it.
In Venice, businessman Luigi Brugnaro, running on a center-right civic list with support from FI, took 53% of the vote to beat former magistrate and Senator Felice Casson, who got 46.7%.
This was a reversal of the first-round results, which saw Casson taking 38% and Brugnaro 28.5%.
Analysts said the run-off outcome was due to a low turnout of 48%, in which PD voters essentially deserted Casson while the Northern League electorate flocked to Brugnaro's ticket after its own candidate ran alone and lost in the first round.
Also weighing in was center-left voter disenchantment after the arrest in June 2014 of former Venice mayor Giorgio Orsoni in connection with a corruption scandal involving the funnelling of 25 million euros of taxpayer money into political campaigns and away from MOSE, a 5.5-billion-euro system of retractable dikes set to become operational in 2016 after decades of delays.
A former Venice mayor and widely respected political pundit, Massimo Cacciari, said that the surprise result in the lagoon city was "the perfect suicide" produced by scandal and division.
Brugnaro, 54, is the son of a schoolteacher and a factory worker and in 1997 founded Umana SpA, one of Italy's first temp agencies. Preliminary results showed the center-right candidate obtaining an absolute majority on the city council, garnering 17 members for his center-right civic list. FI has three council members, the League has two, the New Center Right (NCD) has one and other civic lists have two council members.
Casson's list seated five councillors, while the PD came away with three and the anti-establishment, anti-euro 5-Star Movement (M5S) garnered three. Elsewhere in Italy, the ruling PD lost Arezzo, hometown of Refoms Minister Maria Elena Boschi, Matera in southern Italy and Nuoro in Sardinia amid low turnout of just 47.11%, and prevailed in Mantua and Lecco in Lombardy. The current round of voting continued in parts of Sicily on Monday, including the city of Enna, where a former PD Senator was defeated, and Gela, where the M%S secured its fifth success. PD Deputy Secretary Lorenzo Guerini admitted that the defeats in Venice and other cities had "burned" the centre-left group. But he also argued that, despite the losses, the PD remained Italy's most widely supported party. "The run-off featured areas of light and darkness," Guerini said. "Precise analysis (of the results) shows that the PD is clearly Italy's top party...the defeat in Venice and in other important cities such as Arezzo, Fermo, Matera and Nuoro burns".
"The fact that we won back cities of symbolic importance like Mantua and Trani, while other good administrators held their positions, beginning in Lecco, is not enough for us to consider this result to be positive," he said.