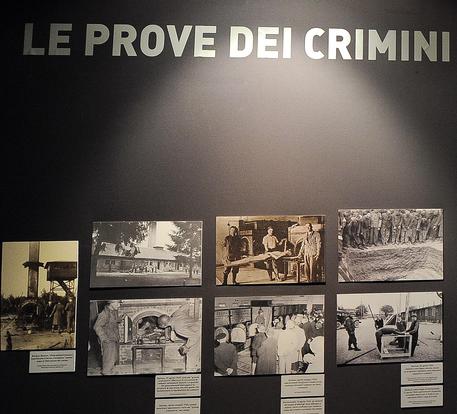 (ANSA) - Rome June 15 - The Nazi army and Italian Fascist forces from the Republic of Salò carried out more than 3,000 acts of violence against Italian civilians during World War II in addition to notorious atrocities such as the Sant'Anna di Stazzema massacre, a study financed by the German government disclosed Monday.
A study by 100 historical researchers that will become an online archive and a book entitled The Atlas of Nazi-Fascist Massacres has documented thousands of episodes of round-ups, reprisals, individual executions, and ethnic and gender violence against civilians and unarmed partisans. The list was compiled by the National Association of Italian Partisans (ANPI) and the National Institute for the History of Liberation Movements (INSMLI), using Wehrmacht and SS archives and Italian as well as German sources.
"The crimes committed by German soldiers against civilians during the war are the darkest chapter of Italian-German relations and fills Germans with shame and pain," said Ambassador Reinhard Schafers. "There is the danger of a progressive loss of memory among the generations who did not live through the war, and it is particularly important that its history remain comprehensible to them as well."