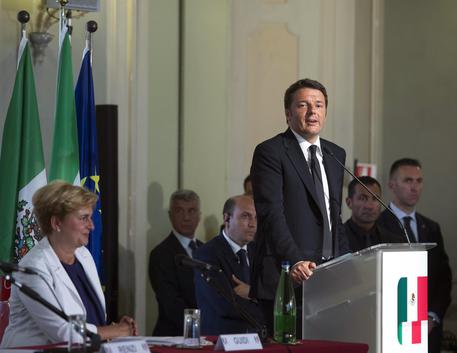 (ANSA) - Brussels, June 15 - European Commission spokeswoman Natasha Bertaud said Monday that the EU executive was "not aware" of Premier Matteo Renzi's plan B to tackle the migrant crisis. Renzi said at the weekend that Italy had a plan B ready if Italy did not get more support from the EU in managing the emergency. The Commission has proposed relocating 40,000 asylum seekers from Italy and Greece to other parts of the union. The EC plan has divided the EU, with many states, including France, coming out against the obligation to receive the asylum seekers. Renzi, on the other hand, says the proposal does not go far enough. "We believe we have found a good balance," Bertaud said of the proposal, which will be examined by EU interior ministers on Tuesday before being discussed at the June 25-26 summit of European leaders. "We want the relocation system to be obligatory". The EC proposal is part of its Agenda on Migration which also features the tripling of funding for migrant rescue operations in the southern Mediterranean and the launch of a naval operation to target human traffickers.
Renzi's talk of a plan B was seen as a challenge to his fellow EU leaders, with the migrant emergency visibly becoming difficult to handle, with asylum seekers camped out at train stations in Rome and Milan and in the city of Ventimiglia on the border with France.