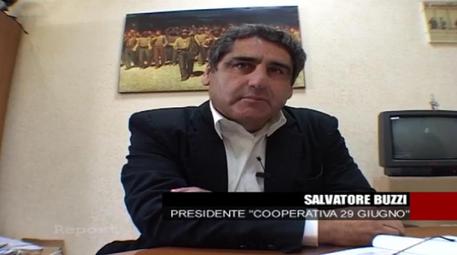 (ANSA) - Rome, June 15 - Finance police on Monday confiscated 16 million euros in assets linked to Salvatore Buzzi, the jailed kingpin of several cooperatives who is at the centre of the so-called Mafia Capitale probe into an alleged crime ring that muscled in on lucrative Rome city contracts. The seized assets include all the assets of Rome real estate firm Sarim Immobiliare Srl, of which 48% was held by Buzzi's June 29 Cooperative and 4% by Social Formula Cooperative, both of which were seized and shut down in December in the Rome Mafia probe.
Sarim assets include a 2,750 square-meter building that Buzzi's cooperatives used as a reception center for refugees and asylum seekers.
Monday's seizure brings total assets seized in the probe so far to some 360 million euros, investigators said.