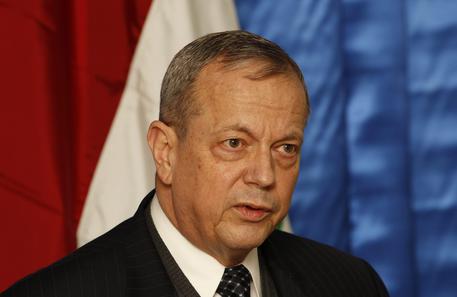 (ANSA) - Rome, June 11 - US President Barack Obama's special envoy for the global anti-ISIS coalition, General John Allen, on Thursday praised Italy's efforts in the fight against the Islamic fundamentalist insurgency as it tries to carve a so-called caliphate out of parts of Syria and Iraq. The general "expressed his appreciation for Italy's leadership" in the battle to cut off ISIS' funding channels and in support of Iraqi efforts to restore order in areas that have been recently liberated from ISIS. Allen held meetings with top political and security officials during his two-day mission ending Thursday, the US embassy said in a note.