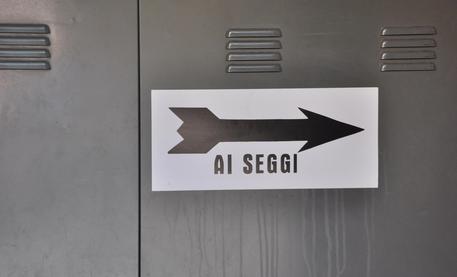 (ANSA) Rome, May 29 - Campaigning for weathervane regional elections being held across Italy this week-end climaxed on Friday as electoral and parliamentary officials braced to eliminate Mafiosi and other suspected organized crime figures from the lists of candidates.
Claudio Fava, deputy president of the parliamentary Anti-Mafia Commission, said the number of so-called "unpresentable" candidates to be banned from standing for the regional governments in Sunday's polls across the peninsula "will be a not insignificant packet". In all 4,000 candidates have put their names forward for election to regional councils, posing a major screening task for electoral officials. Anti-mafia commission president Rosy Bindi was due to announce details of crime-tainted figures excluded from the contest.
The outcome of the polls is seen as a significant barometer of popular support for the policies of the coalition government of Premier Matteo Renzi, who is frequently criticized by opponents since he was appointed by then President Giorgio Napolitano to help cope with Italy's economic crisis and has no direct electoral mandate for his cabinet.
Political experts said the outcome of the vote in three of the seven regions - Liguria, Campania and Umbria - is expected to be too close to call as candidates for Renzi's Democratic Party and his allies are predicted to be neck and neck with opposition hopefuls from the conservative Forza Italia, radical Five Star Movement (M5S) and the separatist Northern League.
Renzi was due to hold electoral rallies at the port city of Ancona and a final rally in his home city of Florence after a week in which he carried out a rash of public appointments including the inauguration of work at a major building site for the Mater Olbia hospital at the Sardinian port of Olbia Thursday which was possible due to an injection of capital from the Gulf state of Qatar. Also Thursday Renzi toured a Fiat Chrysler car plant at the southern city of Melfi and said his Jobs Act labour market reform legislation heralded "labour contracts that are ever more solid and stable".
Renzi made his remarks after figures released by the OECD this week showed that Italy has the highest youth unemployment rate in the European Union except for Greece. Former conservative premier Silvio Berlusconi claimed that a heavy defeat for the government in the regional contest might force President Sergio Mattarella to call a snap general election.
"If it finishes 4 to 3 without doubt there would be political consequences," he told Monte Carlo Radio, "I ask myself what Renzi would consider a defeat - first he looked secure but now I see him always more worried".
"Umbria and Liguria, regions historically on the left, could change political colour".
Political commentators said the elections are also an important test for Northern League leader Matteo Salvini, who hopes to step into Berlusconi's shoes as leader of the centre-right parties.
Salvini has fought an aggressive anti-immigrant and anti-Roma campaign, pledging to "raze to the ground all the gypsy camps," after a woman was killed in Rome in a car incident involving Roma fugitives from the police. Against this background, Senate speaker Pietro Grasso urged 18-year-olds to take advantage of the opportunity of participating in the democratic process. "Some of you on Sunday will be called for the first time to express your vote in local elections-do it, don't leave it so that others will decide for you".