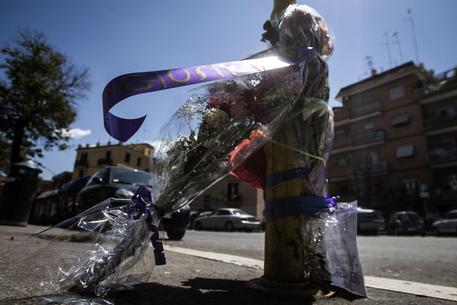 (ANSA) - Rome, May 28 - Rome Mayor Ignazio Marino on Thursday warned of the danger of falling into the racism "trap" sparked by a deadly hit-and-run by Roma teens in which a woman died and eight people were injured, at least three of them critically, after a police chase Wednesday night.
"Rome won't be dragged into base electoral exploitation," he said. "Some - like (rightwing populist Northern League leader) Matteo Salvini and his Roman imitators - are...fomenting hatred at the risk of sparking further violence," Marino said.
"Adding fuel to the fire is...an outright crime, one that is unforgivable on the part of anyone with local or national responsibilities," he said.
The mayor spoke after racist stickers appeared in Rome's Boccea neighborhood, not far from the bus stop where the fatal crash that killed a 44-year-old Filipino woman occurred.
"Thieving murdering Gypsy" said one sticker.
"Let's run the Gypsies over" said another.
Earlier in the day the family of one of two minors being sought for the fatal crash asked for victims' forgiveness. "We want to say to the victim's family and all the injured that we are sorry," they said. "If we could meet with them, we would ask for their forgiveness".
The sister of one of the two underage Roma being sought said earlier her brother is "not answering the phone".
"We don't know where he is," Claudia said. "If he shows up we'll take him to the magistrate".
Police in the nation's capital have launched a massive hunt for the missing pair of Roma.
The two minors escaped on foot, but police detained a 17-year-old girl of Roma ethnicity who was in the car. The teen was probably not at the wheel but investigators still consider her in part responsible for what happened, sources said.
Police are focusing their search for the suspects - whose identities they said they know - at Roma camps in the capital, sources said.
Three of the injured are hospitalized in critical condition.
The incident sparked an outpouring of racist abuse and threats on social media, leading city authorities to increase security around the capital's Roma camps, while Salvini repeated his previous call for them to be bulldozed in light of the incident.
"When we return to government we'll raze all these damned Roma camps to the ground," Salvini promised on Facebook.
The anti-immigrant, anti-euro leader has been met with resistance - including hails of eggs, bottles and tomatoes - at campaign stops throughout Italy ahead of May 31 local elections in seven regions.
In April, Facebook suspended his account for 24 hours for using derogatory language about the Roma people, after creating a furore by saying Roma camps should be demolished.