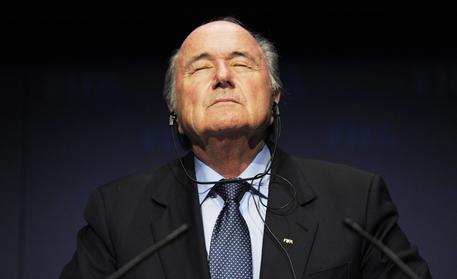 (ANSA) - Rome, May 28 - British Prime Minister David Cameron on Thursday said FIFA President Sepp Blatter should quit amid a major corruption probe that has hit world soccer's governing body.
There have been widespread calls for Blatter to consider his position, although he is not been personally incriminated.
A spokesman for Cameron said the British premier "associated himself fully" with Culture Minister John Whittingdale's assertion that Blatter should resign as the "deeply flawed and corrupt organisation" needed a change at the helm.
UEFA President Michel Platini said he was "disgusted" by the FBI corruption probe, which led to the arrest of seven FIFA officials in Zurich on Wednesday, pending extradition to the United States. "I'm disgusted, I can't take any more, it's too much...I'm an admirer of FIFA's history, I'm disgusted," Platini said, adding that UEFA would cast its vote for incumbent supremo Sepp Blatter's rival Prince Ali bin al-Hussein of Jordan in Friday's FIFA leadership vote.
Platini added that he had suggested to Blatter that he should step down, but Blatter replied "it's too late". The besieged FIFA boss does have supporters though.
Russian President Vladimir Putin was quoted by Tass news agency as saying that the FBI corruption probe was a clear attempt to prevent Blatter's re-election for a fifth mandate. Putin claimed pressure had been exerted on the Swiss official to prevent the 2018 World Cup taking place in Russia as planned. Two FIFA vice-presidents are among those arrested on Wednesday. They are among 14 indicted on graft charges in relation to alleged involvement on bribes of around $100 million over two decades. Meanwhile, Swiss prosecutors announced they had launched a separate investigation into the bidding process for the 2018 and 2022 World Cups, with the latter allocated to Qatar.