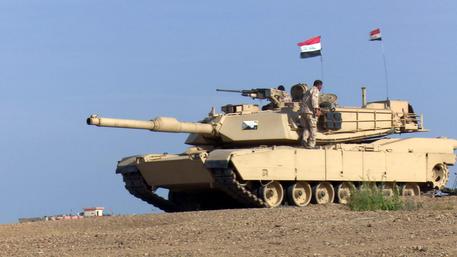 (ANSA) Beirut, May 27- At least 55 soldiers were killed Wednesday in Iraq by three suicide bombers believed to be from ISIS who attacked a convoy near Fallujah, 50 km west of Baghdad in Al Anbar province, Al Jazeera television reported.
The triple attack happened in the neighborhood of Karma, the day after Iraqi authorities announced the start of a counter-offensive to drive the Islamic State forces out of Ramadi, the capital of Al Anbar province 100 km west of Baghdad that fell to the jihadist movement May 17.
Paramilitary militias are taking part in the counter-offensive, especially Shiite ones allied to Iran who in recent months fought for the re-capture of Tikrit, the home city of former Iraqi dictator Saddam Hussein.