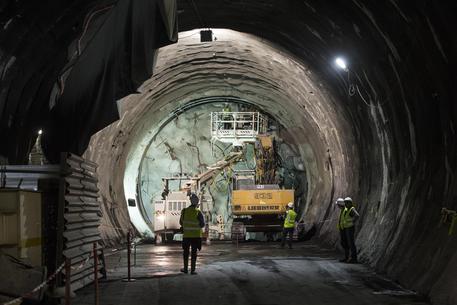 (ANSA) - Turin, May 27 - Three Italian anarchist militants were convicted Wednesday on charges of attacking a high-speed railway (TAV) construction site in the Alps and sentenced to prison terms of two years, 10 months and 20 days.
The Turin court ordered the trio, who had been in jail since July awaiting trial, to serve the rest of their sentences under house arrest, judicial sources said.
Prosecutors had asked for prison terms of 5 years and six months for the three for the May 14, 2013, attack on the site at Chiomonte, which 'No TAV' protesters for years have campaigned against for upsetting the ecological balance of Alpine valleys.
Defence lawyers said they were satisfied with the sentence which reiterated, after similar sentences for four other defendants, "the not particularly serious nature of the affair notwithstanding what the prosecutor said".