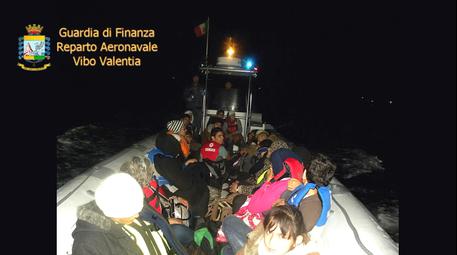 (ANSA) - Brussels, May 27 - European Commissioners on Wednesday approved a proposal to introduce an emergency mechanism to relocate 40,000 migrants within the EU over the next 24 months, 24,000 from Italy and 16,000 from Greece, European sources said. The emergency mechanism will only apply to Syrians and Eritreans who arrived in the two countries after April 15 of this year, the European Commission (EC) said in a proposal approved Wednesday.
Syrians and Eritreans were chosen because those nationalities have an average EU recognition rate for international protection that is equal to or above 75%, according to the latest available EU-wide Eurostat data.
The EU budget will provide an extra 240 million in dedicated funding to support the 24-month scheme.
Moreover, an EC note explained that the EU resettlement scheme will grant 20,000 places to people in clear need of international protection outside of the EU. The note did not clarify where the people to be resettled will be drawn from. However, European Migration and Home Affairs Commissioner Dimitris Avramopoulos said Wednesday that an office would be created in Niger to assess asylum requests on the ground in that country.
''It is an experimental project. If it works, we will do it also in other countries,'' said Avramopoulos. Commenting on how the number of 40,000 emergency migrant relocations had been established, Avramopolous said that ''fewer (than 40,000) would not have helped Italy and Greece; more would not have been accepted by the other EU countries''.
In 2014, Italy saw 277% more irregular border crossings than in 2013, or 60% of the total number of irregular border crossings in the EU, the EC said in a note. Irregular border crossings in Greece soared 153% in 2014 compared to 2013, registering 19% of the EU's overall total, the EC added. Unprecedented flows of migrants have continued reach Italian and Greek shores in 2015.
The EC proposal also outlines an action plan to fight migrant smugglers, guidelines on systematic fingerprinting of new arrivals, and an ''information note'' on the Frontex-coordinated border surveillance operation Triton. Avramopoulos said the new operational plan for Triton will ''include the area of the former Italian Mare Nostrum operation'' and have the goal of saving lives as well as monitoring EU borders. Mare Nostrum was set up to prevent further deaths at sea following two migrant ship disasters in October 2013 in which at least 400 people died, but in November 2014 was replaced by Operation Triton, run by the European border control agency Frontex. Triton was set up as a monitoring operation, with neither the mandate nor the capacity to carry out rescue operations on the scale of Mare Nostrum prior to the current EC proposal. The EC proposal will be put to EU leaders, who have been increasingly split on the re-allocation of migrant quotas after an initial apparent agreement.
A majority in the European Parliament has previously voted in favour, but about 10 European governments have said they are opposed and Spain and France have expressed reservations. The United Kingdom and Ireland have 'opt-in' rights under the Treaties governing the proposal, meaning they only participate if they so choose, while Denmark has an 'opt-out' right, meaning it will not participate, according to the EC's note.
United Nations Secretary General Ban Ki-Moon on Wednesday told Federica Mogherini, the EU High Representative for Foreign Affairs and Security, that he ''welcomed the European Commission's proposal for the redistribution of 40,000 asylum seekers, stressing that it is a step in the right direction'' in a meeting in Brussels between the two leaders. Sources close to the high representative added that the UN head also ''expressed hope that the proposal will be accepted by EU member states''. The key tests will be the June 15 council of EU interior ministers and the June 26 summit of European leaders.
A centre-right Italian senator, belonging to the opposition party Forza Italia (FI), on Wednesday slammed the EU agenda on immigration as a ''failure'' and ''humiliation'' for the current Italian government.
Maurizio Gasparri complained that the EU plan ''says nothing about the overwhelming majority of clandestine immigrants that have arrived and continue to arrive in Italy''.
Gasparri is in favour of the destruction of boats and rescue operations conducted directly in Libya, where many of the boats leave.
Gasparri warned that Italian cities were at risk of ''social revolt''.
Anti-immigrant constituents in Italy on Wednesday posted on the Internet a list of suppliers assisting Italy's CIE immigrant holding centres in order to ''take the fight against the centres also outside of those walls,'' the posting said.
A Chamber MP belonging to the anti-establishment Five-Star Movement, Marialucia Lorefice, on Wednesday denounced one immigrant reception centre, the Cara di Mineo, located in Sicily, as ''an open-air prison''. She said 4,202 immigrants out of 18,000 processed there had ''fled''. She added that it houses "a veritable black market with illicit stalls and bazaars" and that the state should intervene.