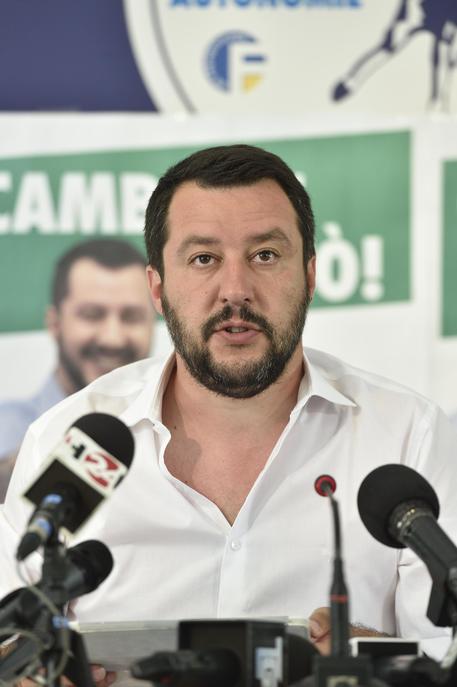 (ANSA) - Pesaro, May 25 - The populist leader of the anti-immigrant, anti-euro Northern League, Matteo Salvini, was met with volleys of eggs and tomatoes from leftist demonstrators when he arrived in the Marche town of Pesaro for a regional-election rally Monday.
The 40 or so protesters, from anti-capitalist squats and social clubs called 'centri sociali', hurled slogans against "Fascists and racists".
Riot police were not required to intervene and Salvini gave a speech lasting about eight minutes.
Salvini has regularly been met with such protests during his forays in central and southern Italy as the League broadens its appeal far beyond its northern cradle.
Marche, the region around Pesaro, is one of seven Italian regions going to the vote March 31.
The others are Liguria, Veneto, Tuscany, Umbria, Campania and Puglia.