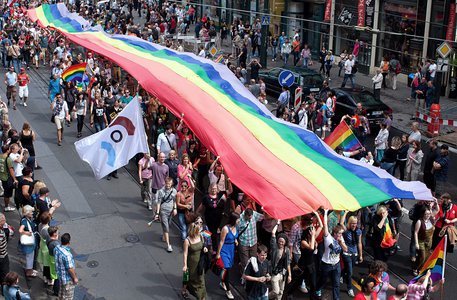 (ANSA) - Milan, May 25 - The office of the presidency of the Lombardy regional council on Monday voted to sponsor Milan Pride Week, a series of LGBT events to take place June 22-28.
The motion passed three-to-two when the anti-immigrant, anti-euro Northern League joined forces with the center-left Democratic Party (PD) and the anti-establishment 5-Star Movement (M5S), both of which are in the opposition.
One member abstained, and one member from the New Center Right (NCD) party voted against.
Northern League member Fabrizio Cecchetti voted in favor after weeks of staunch center-right opposition to official sponsorship of the LGBT event.
"Cecchetti expressed an entirely personal position as the group had given specific directions to vote against sponsoring Gay Pride," said Northern League whip in the Lombardy regional council, Massimiliano Romeo.