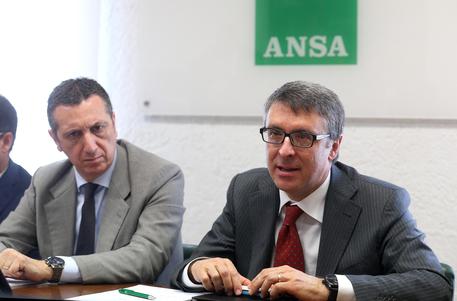 (ANSA) - Naples, May 25 - Raffaele Cantone, the head of Italy's anti-corruption authority, said Monday that he was "astonished" after Naples prosecutors said at the weekend that they were probing alleged fraud by officials working for NGOs dealing with the migrant emergency.
Cantone called on civil society and the professional world "to not entrench itself behind a corporate mentality".
"There needs to be a united effort of all parts of civil society, which, too often in the best case scenario, have simply looked on, and in some cases have been complicit in illicit activity," Cantone said.
"If civil society doesn't do its part, it's hard to think that we can do it," he said.
Cantone's comments follow the Saturday arrest of Alfonso De Martino, president of the non-profit Un'Ala di Riserva, accused of stealing more than one million euros intended for migrant aid and investing the money in property and phone cards.
De Martino's partner Rosa Carnevale was placed on house arrest, and two people associated Catholic aid organization Caritas in Teggiano Policastro, including Father Vincenzo Federico, are under investigation for graft. Caritas in Teggiano Policastro, located in the province of Salerno, manages four immigrant reception centers and investigators said it's "likely" they are tied into the scandal that brought the Saturday arrests.