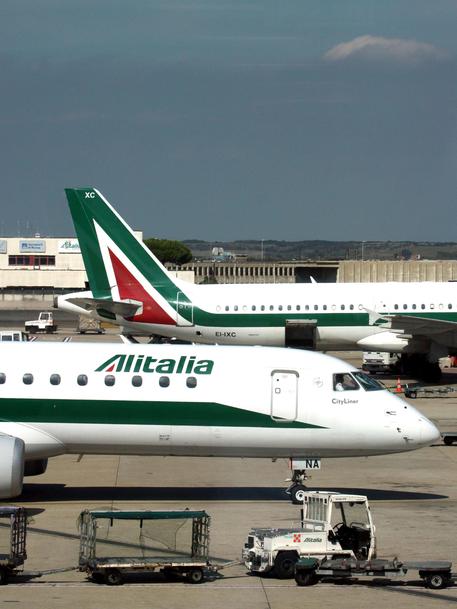 (ANSA) - Rome, May 25 - The chronically teetering and oft rescued Italian flagship airline Alitalia has cost public coffers and the community at large an estimated 7.4 billion euros over the last four decades, merchant bank Mediobanca said Monday.
The estimate calculated by research centre Mediobanca Mbres includes direct public and collective costs from 1974 to 2014.
The burden to the public rose significantly after 2007, when management was taken over by a state-appointed commission save the company from closure. The cost of propping up the airline from 1974 to 2007 amounted to 3.3 billion euros in 2014 values, compared to 4.1 billion euros under a commission management through June 2014.
The study considers payments made to recapitalize the company, guarantees given to cover the debt, and sundry contributions, including European funds and other residual payments.
Recapitalization operations were "particularly intense" from second half of the 1990s onward.