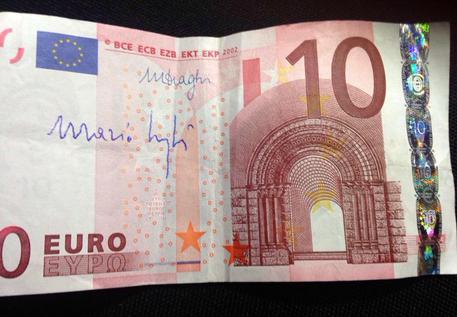 (ANSA) - Paris, May 21 - The poverty rate among families of Italian workers in non-standard jobs - the sort of employment on the rise in Italy - is almost five times greater than workers with regular jobs, the OECD said Thursday.
In a report on income inequality, the agency said that poverty among 'non-standard' workers - including the self-employed, temporary workers, and those with part-time hours - was 26.6%, compared to 5.4% for those of with stable jobs.
Poverty was higher still, at 38.6%, for the unemployed, the Organization for Economic Cooperation and Development (OECD) said.
It emphasized the rise in precarious employment in Italy since the 1990s and the risks that conveys for household income.
The Paris-based agency added that it was very difficult to move from precarious employment to a fixed, standard job.
Among those who in 2008 had a short-term contract, five years later only 26% of those had been able to convert that into a permanent, full-time position.
The agency found that employment growth in Italy since the 1990s has mostly come in 'non-typical' jobs that pay less, are more precarious, and bring fewer benefits than conventional posts.
Much of the job growth between 1995 and 2007 - even before the global economic crisis - came in these less stable forms, such as self-employment, temporary contracts, and part-time labour. Overall, the percentage of non-typical employment rose to 40.2% in 2013 from levels of just 23.6% in 1995.
This was particularly high for Italian workers under 30, where 56.9% of total employment was in non-typical work, and declined progressively with age, to 39.7% in the range 30-49 years.
The rate dropped to 33.7% for workers aged 50-64. During the 1995-2007 period, employment grew by 26.4% but almost all of that, 23.8%, was in the form of non-typical jobs.
After 2007 and the economic crisis, most jobs lost were permanent, full-time posts that usually brought the best pay and benefits.
Between 2007 and 2013, a decrease of 2.7% in the employment rate came entirely in a decline full-time posts, while the rate of self-employment fell by 1.5%.
During that period, part-time work rose by 4%, said the OECD.
That reflected findings reported on Wednesday by Italy's national statistical agency Istat that warned of rising levels of part-time work, most of which was not voluntary.
Meanwhile poverty in Italy, "has increased markedly during the (economic) crisis", particularly for the young, the agency said.
The increase in the poverty rate in Italy was third-highest among the OECD's 34 member States.
Those include some of the world's most developed economies, including Canada, the United States, United Kingdom, Germany, France and Japan.
Poverty rates were highest for young Italians under 18, with 17% - four percentage points higher than the OECD average of 13%.
The next highest level was for young people between 18 and 25, which was 0.9 points above the average. Unemployment among young Italians, aged 15 to 25, has been stubbornly high, climbing to 43.1% in March.
The richest 1% of Italy's population own 14.3% of the nation's net national wealth, the OECD said.
This was almost three times the 4.9% owned by the poorest 40%, said the agency.
It also noted that Italy has the lower percentage of indebted households among the member states of the OECD. About 25.2% of Italian households were reported to be in debt, a lower rate than the 35.56% level in Austria, 36.6% in Greece, and far from the levels of the two largest economies in the eurozone - France, with 46.8% and Germany, where levels of indebted households stood at 47.4%.
Still, those eurozone levels were well below that of the United States, where 75.2% of households were in debt.
Italy was also the country with the lowest level of over-indebtedness, as only 2.3% of households were said to have debt more than 75% the value of the family assets.