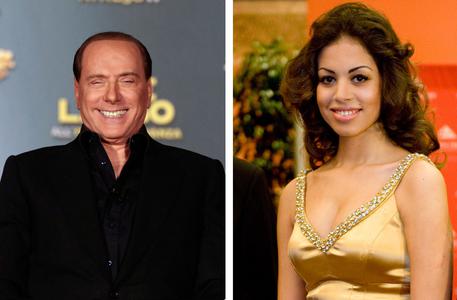 (ANSA) - Milan, May 18 - Ruby the Heartstealer, a former alleged underaged prostitute who attended parties at Silvio Berlusconi's villa outside Milan, invoked her right to remain silent during a judicial interrogation Monday.
The questioning of the woman, whose real name is Karima El Mahroug, is part of an investigation Silvio Berlusconi and 21 other witnesses who are accused of false testimony and corruption in judicial acts.
According to prosecutors, Ruby received at least five million euros from Berlusconi for her silence on the witness stand about the real nature of his so-called bunga bunga parties.
The prosecutor's office has indicated that Berlusconi may have paid off through February 17 of this year witnesses who were involved in a trial in which the court cleared the 78-year-old billionaire of the underage prostitution charge because it said there was no proof he knew Ruby was 17 at the time.